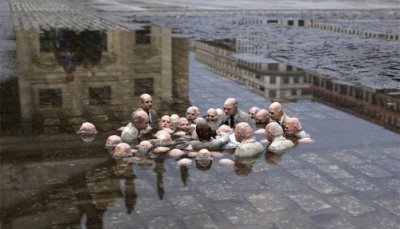 The World Climate Games were underway in Paris. These games, however, differed noticeably from your regular international sports event. First, the key sport was negotiation skills, which is not a physical sport (but that require physical stamina as negotiations at these types of games invariably tend to run overtime). Second, some players got ahead because of among other things size, economic prowess, and connections. Third, and most important, either all participants would win or they would all lose.

Like many, I had been awaiting this event for a long time, and anxiously at that. There is a personal reason for this. I participated in the Copenhagen Summit (the UN Climate Change Conference) in 2009, which included UNFCC COP 15 and the Kyoto Protocol MOP 5. According to the Bali Road Map, a framework for climate change mitigation after 2012 was to be agreed upon. We were several hundred, representing a large number of concerned Norwegian civil society organizations, who sailed from Oslo to Copenhagen on a chartered cruise ship. Our official task was to present a joint statement signed by all these organizations and several thousand Norwegian citizens, calling for specific output of the conference. On board was a flurry of activities, including artistic, educational, musical, and political. We arrived in Copenhagen on a very enthusiastic and collective high note.

We all know what happened. The outcome, the so-called Copenhagen Accord, was not adopted, and accordingly does not contain any legally binding commitments for reducing CO2 emissions. According to many this has gone down in history as an example of how not to do it. The verdict runs from “disaster” to “better-than-nothing” and everything in between. Efforts to explain the outcome argue that the conference was too ambitious, to the extent of even being naïve.

This is likely one reason why the goals with the climate talks in Paris were toned down. At the same time, there appeared to be a high and positive level of stakeholder activity and involvement, from local to international levels. Taken together, “everybody” seemed to be hopeful and certain that this meeting would fare better. I think back to the preparations for the Copenhagen Summit and recognize similarities. Also in Copenhagen people were positive until the bitter end.

In Paris, 3-4 days into the conference the negotiations were gaining momentum. The key players had positioned themselves. India appeared to be on a roll, in terms of its view that it-is-our-turn-to-develop (and accordingly not curb CO2 emissions). Its CO2 emissions are scheduled to triple by 2030. At the same time India is a serious victim of global warming. This position as both a driver and a victim of climate change pivoted the country into what some saw as an ideal stakeholder to speak for all – or at least a majority. India’s pledge to cut back on coal use if it received help to transition to renewables was hailed as a constructive contribution. Other participants represented less constructive approaches. Saudi Arabia defended its contribution to a UN deal, a statement which had been labelled as “inadequate”. Ecuador criticized the US for being heavy-handed and for “kidnapping” the talks. Saudi Arabia and India quashed a scientific report warning of the dangers of the 2C, thereby in effect removing the 1.5C goal as an option. And so it continued, well into next weekend.

We have to bear in mind that even if the most optimistic scenario happens we will likely move toward an increase of at least 2.5 C, with very serious consequences for us all. The image, an installation by the artist Isaac Cabral, summarizes the present mood very well (see Note 2, Cordal n.d., Daily Kos 2014, Design Faves 2015).

I decided to not be let down this time around. Accordingly, I took the view that also this conference would not be able to agree on firm, substantive, and legally binding outcomes that would reduce CO2 emissions. In the meantime, the scenario of climate change negotiators continuing to negotiate while the water is rising – as shown in the image above – summarizes my position.