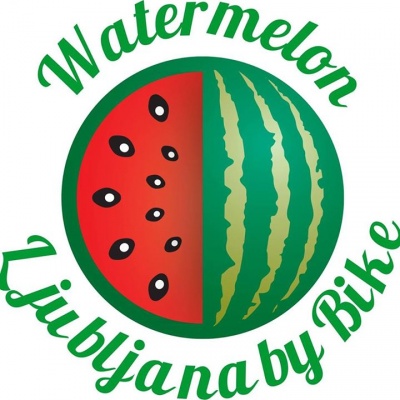 Cycling was originally by and large always a means of transportation. Over time it came to be understood as primarily a case of sporting and leisure activities. An important factor in this was likely the parallel development and near universal use of the private car.

In many countries cycling has been slow in becoming used as a means of transportation. There are three important factors:

The relative importance of these factors differs in different locations. These factors apart, town planning – especially how networks of roads are constructed – may encourage or discourage use of bicycles for purposes of transport.

Take the case of Norway, my country of birth and where I live part of the year. Norway is very hilly, it is mostly up and down. As for distance, Norway is sparely populated and people have traditionally lived apart (the continental European "village" where people live close together does not exist in Norway). Regarding town planning, this becomes more difficult, not to mention costly, because of the first two factors. For these reasons transport by means of cars has reigned supreme in Norway. However, changes are underway, albeit very slowly.

Other countries in Europe have a much higher emphasis on and use of cycling, with Netherlands and Denmark at the top (The Guardian 2018). A new focus on how to use the bicycle as a means of transport, including how to construct optimal bikes, is spreading. The terms "utility cycling" and "urban cycling" for this new approach to the bike is fast becoming accepted (Note 1). The literature available on urban cycling is exploding (Note 2; Bicycling.com n.d.; Momentum Mag 2015; Momentum Mag 2016; Wikipedia n.d.a; Wikipedia n.d.b).

The Case of Ljubljana, Slovenia

Ljubljana, the capital of Slovenia, is probably not a place you would think of first as being focused on urban cycling. Yet, Ljubljana may actually be ahead of several cities, certainly in Eastern Europe, when it comes to infrastructure specifically developed for and dedicated to cycling (Momentum Mag 2015).

It began not with the rise of urban cycling (also referred to as "bicycle urbanism") after the turn of the millennium. Back in the 1960s, after decades of car-centric city planning with its well-known consequences, city officials in Ljubljana began to focus on how to increase bicycle traffic with a parallel focus on safety. A local visionary architect played an important role in this new take on city transport planning. Following a study tour to Denmark, the city built 40 km of cycle tracks. Within a year levels of cycling rose from 2 to 10 percent, and has remained at this level.

Today, of a population of 280,000 thousand, 37 percent walk, 12 percent ride a bicycle, 13 percent use public transportation, and 38 percent drive a car. There are 73 km of cycle tracks, 133 km of bicycle lanes, and 300+ bikes in the bike share system (divided over 32 stations). These figures are impressive. As an example, there are more protected cycle tracks in Ljubljana than in all of Canada.

The work to emphasize use of bicycles is continuing, even accelerating. The European Commission organizes the annual European Mobility Week (European Commission n.d.). Each year a local authority receives the European Mobility Week Award. The aim of the award is to encourage the adoption of Sustainable Urban Mobility Plans (SUMPs) by local authorities across Europe, and to reward outstanding achievements in each year's thematic priority area. Ljubljana was the recipient in 2013, with an extensive program of activities under the theme of “Clean Air – it’s your move”. Ljubljana was also selected as the European Green Capital for 2016. The 2018 Europe Mobility Week will take place 16-22 September 2018 (Note 3).

With Ljubljana, and Slovenia more generally, becoming popular with tourists, and especially younger persons that favour traveling by bike, it is not surprising that a private sector niche has developed to cater to this tourism sector (Enjoy Ljubljana n.d.). Among these firms I will briefly refer to one, Watermelon, Ljubljana By Bike (n.d.) (Note 4). It offers guided bicycle tours in Ljubljana and the surroundings. Judging from the user statement on the Facebook page the company delivers a sought after and valuable service. The increasing bicycle tourism, in turn, feeds back into the public sector's concern with maintaining the bike infrastructure as well developing it further.

I am engaged in addressing and critiquing the transportation system in my hometown Kristiansand in Norway, as far as transporting both goods and people. A few years back I set up a Facebook group that is dedicated to this, "Ytre ringvei bort fra Kristiansands friområder!" (The external ring road away from Kristiansand's recreational areas!) (Note 5).

The rationale behind this massive ring road is stated as being to bypass the city center and in fact most of the city, and in this way prevent non-local traffic entering the city. The group feels that this is a waste of resources and moreover superfluous. Instead, the group advocates reducing car traffic through developing public transport. As for transport of goods the group supports transferring a lot of this from road to rail and sea. Regarding bicycling more specifically I am certain the group could benefit substantially from learning more about the experiences and ongoing in Ljubljana.

I published a revised version of this article with the title "The European Mobility Week and urban cycling" on LinkedIn Pulse, on 14 September (Soeftestad 2018). Both articles have been widely distributed on social/business media, including Facebook and Twitter.

Notes
(1) An internet search on Google for "urban cycling" on 8 September 2018 returned 996.000 hits (sic).
(2) Bicycling.com and momentummag.com carries a host of features related to urban cycling, including: Bike lanes, Bike sharing, Bike thieves, Bike to school, Cargo bikes, City bikes, Cloths, Commuter bags, Commuter pros share secrets, Cycling products, Dynamo lighting, Electric bikes, Fitness bikes, Fixed gear bikes, Fixes for riding around town, Folding bikes, Health, Hybrid bikes, IKEA's low maintenance bike, Inexpensive bikes, Rain gear, Road bikes, Storage of bikes, Survival guide, Upright bikes, Why cycling is the best way to get around town, Women bikes, and Yoga (sic).
(3) The theme is "Multimodality." This theme encourages participants to explore the many different options available for getting from A to B, and think about the mode that best suits our particular journey. The focus will be on mixing transport modes within the same journey or for different trips. Many of us instinctively opt for the same method of transport when moving around without necessarily examining the needs of the specific journey. The car may be the best way to go skiing, for example, but is it the best way to get to the city centre where space and access is often limited? A record number of 2422 local authorities in 51 countries (several of which are located outside of Europe, including in Asia and South America) will participate.
(4) All things being personal, the reason for presenting Watermelon, Ljubljana By Bike is that I know the owner, Tevz Cernigoj. His parents are my very good friends from when we studied at University of California Los Angeles (UCLA).
(5) The address of the group's Facebook page is: https://www.facebook.com/groups/ringvei
(6) Image credit: Watermelon, Ljubljana By Bike (n.d.)
(7) Permalink, URL: https://devblog.no/en/article/urban-cycling
(8) This article was published 31 July 2016. It was revised 8 September 2018.