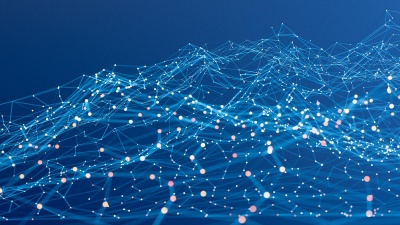 The word “network” has been in use since a long time, according to one source since 1560 (Webster's 1991). At that time, and up until today, the term referred to physical structures, including wires that cross at regular intervals and are secured at the crossings; an interconnected or interrelated chain, group, or system; a system of computers, terminals, and databases connected by communication lines; and radio and television stations linked by wire or radio relay.

Only fairly recently, in 1966, did the word, in the new form of “networking”, come to be used. This term refers primarily to relations between people (Websters 1991), which provides this definition of “networking”:

“The exchange of information or services among individuals, groups, or institutions”.

The introduction of this term came to focus on two important and different aspects, as applied to people: (1) “network” refers to a structure or system of people and/or groups, and (2) “networking” refers to the operation of a network, in that it points to what is exchanged between the individuals and/or groups that constitute a network.

In the social sciences, specifically in social anthropology and sociology, but also in psychology and mathematics, analytical work on the relations between individuals and groups began in the 1930s. The analytically useful terms “social structure” and “social network” emerged at this time. In social anthropology, my own discipline, and coming out of the so-called Manchester School, the very first study that focused on a formal analysis of a social network was that of John A. Barnes, based on data collected in a small coastal village in Norway (Barnes 1954).

The term “network” is here understood to mean interpersonal relationships and the manner in which these are arranged to form a pattern which is termed “social network”. A social network can be under­stood as a series of linkages between individuals which form the basis for mobilization of people, for specific purposes, and under specific conditions. It follows that networks may overlap with specific institutions, that is, standardized action of behavior linked to a set of complex and inter­dependent norms and roles. Network analysis is the study of such networks.

To analyse a social network has moved beyond soft characterization of the members of the network, and into a formal science, involving mathematics. The metrics of any social network involves a number of variables, including:

Increasingly, Information and Communication Technologies (ICTs) came to impact the operation of networks, in fact, the whole meaning and understanding of what a network was. The fundamental change is that networks have become extended in space. A typical network today will consist of members who reside often thousands of kilometres apart and that may never have met. Through the combination of this with the use of social/business media platforms, the evolution of networks and networking have proceeded further, including a blurring of the division between private lives and public/official lives. With this, networks and networking – or better yet, virtual communication – have truly entered the era of digitization.

I have worked on – and continue to work on – a number of virtual networks, oftentimes representing official NGOs  (Note 2).