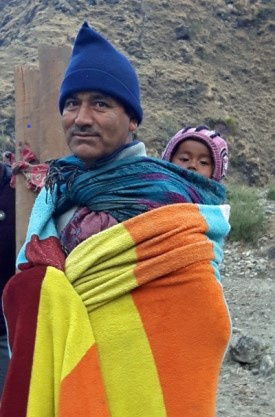 Our relations with the outside world, that is, the world beyond our own countries, is complicated. What with stakeholders in the three societal sectors public sector, civil society, and private sector, and their largely very different rationales, priorities, and agendas for engaging with the external world. Two key terms are commonly used to refer to such relationships, namely "globalization" and "internationalization". They differ from each other in more than one respect.

I discuss these two terms in some detail, with reference to usage in international development cooperation and aid, as well as common usage in Norway, and more specifically as found among some stakeholders in Agder County in Norway (Note 3). It should be noted that there are no clear-cut definition of either term, and, some usages overlap substantially.

More recently, the term "internationalization" migrated to the emerging data and computer industry, where Apple and DEC used it, and later on DEC, IBM, and Lotus (Note 3).

Around the same time the term "localization" came about, possibly first in the data and computer industry. The term "localize" had existed since the late 1790s, and may have come to be used in the context of building local area networks of computers. Today localization is used in diverse natural science and technological fields. Localization is understood as the opposite of "economic globalization". Further, there is the related term "glocalization", understood as the adaptation of international products to the specificities of local cultures, but may be closer connected with globalization than with internationalization (see below).

The term internationalization is used throughout the computing industry. It refers to the process of designing software applications in order that they can be adapted easily to different languages and regions. Likewise, the term localization denotes the adaptation of internationalized software through translating text and adding specific local components.

The term is less used in the area of development cooperation and aid, except in the case of the private sector. A search for this term on the World Bank website yields 11.900 results, all of them referring to the private sector, much less than for the term "globalization" (see below).

Some common definitions of internationalization that shows how broadly this term is used:

This term is derived from the word "globalize", which refer to the emergence of an international network of economic systems. The term "globalization" has been used an economic sense at least since the early 1980s. Since the 1980s, because of the expansion of capitalism and neoliberal ideologies, globalization has spread rapidly. Such neoliberal policies, including privatization of public industry, and deregulation of laws and policies, were introduced to many developing countries in the form of structural adjustment programs implemented mostly by the International Monetary Fund (IMF). The allowed for the World Bank Group and IMF to become de facto regulators of global financial markets that, in turn, promoted neoliberalism and the creation of free markets for multinational corporations on a global scale. Today's globalization can be distinguished on the basis or expansionism, that is, how to manage global trade, together with the level of information exchange.

A general characteristic is that globalization amounts to a web of forces and factors that bring people, cultures, markets, beliefs and practices into increasingly larger proximity to one another.

The IMF has identified four separate aspects of globalization: (1) trade and transactions, (2) capital and investment movements, (3) migration and movement of people, and (4) dissemination of knowledge. Additionally, a number of global environmental challenges, including global warming and air pollution, are linked with globalization. Within academic literature globalization is often subdivided into three major areas: (1) economic globalization, (2) cultural globalization, and (3) political globalization.

The two terms share a focus on and concern with international relations, and with the integration of cultures, people and economies. With that all similarities largely ends.

Internationalization is based in the private sector, specifically multinational corporations. Its focus is on the expansion and dominance of markets throughout the world. It is the process of generalizing a product in order that it can handle multiple languages and cultural conventions without the need for redesign. It does so through a singular focus on the economy, and the economic side of things. Its driving force is opportunistic.

Globalization is the process of international integration arising from the interchange of world views, products, ideas, and other aspects of culture. This process has impact on the environment, culture, political systems, economic development, and human physical well-being.

It is a cultural, legal, political, and social phenomenon. In cultural terms, it represents, among others, the exchange of ideas, values, and artistic expression among people. In legal terms it alters how international law is created and enforced. In political terms it shifts attention to intergovernmental organizations like the United Nations and the World Trade Organization. Socially it results in greater interaction among people.

The motives of globalization are idealistic, as well as opportunistic. Its much broader area of concern makes it possible to analyze negative consequences, for example, a global free market benefits large corporations based in the Western world unfairly. It results in unemployment in industrialized countries as factories are relocated to places which offer cheaper conditions. Its impact remains mixed for workers, cultures, and small businesses, in both developed and emerging nations.

The term internationalization is seldom used in development cooperation and aid, aside from in connection with the private sector operation in developing countries. The term globalization is preferred.

In other Devblog articles I have argued that the two terms are likely not used correctly, including in the past Agderkonferansen, and in the present Agdermøtet. Essentially, it would seem that the use of the term internationalization is so broad as to cover also activities and relations that are better located under globalization. This is important for at least two reasons: (1) It glosses over the rather narrow conceptualization of the term internationalization, and (2) it leaves out the fact that globalization makes it possible to analyze and determine negative impacts.